A father’s fight to bring skatepark to Rockwall 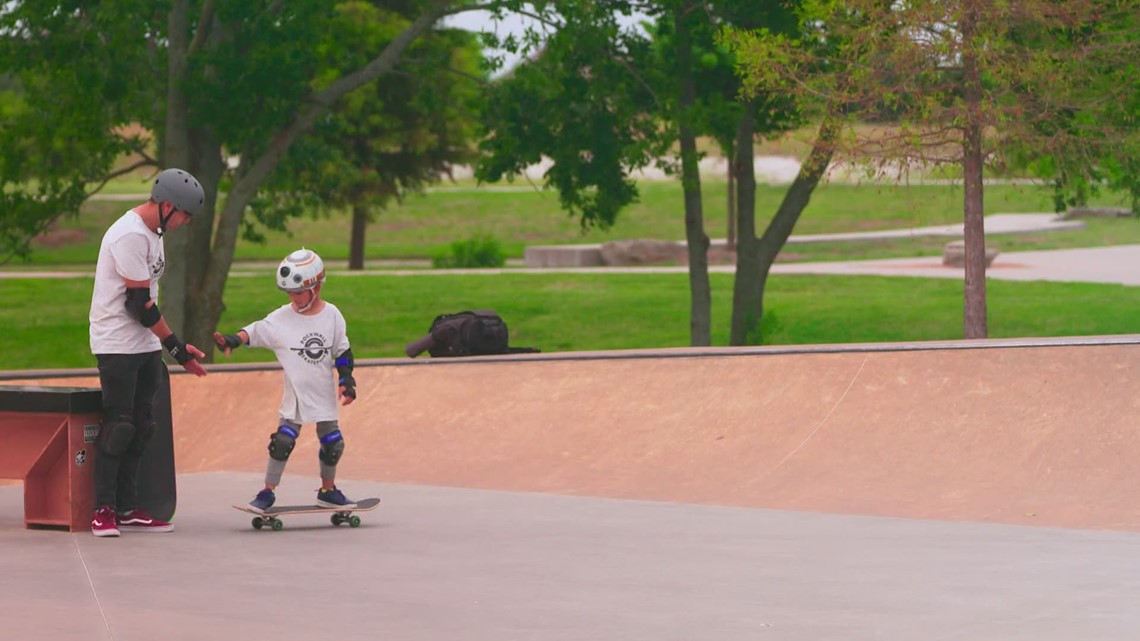 ROCKWALL, Texas — Dr. Paul Field, of Rockwall, knew that the best way to connect with his children was to engage in the same activities they were also interested in. So, the pediatric dentist and father of three decided to pick up skateboarding in the pandemic.

The 39-year-old learned very quickly that there were no skateparks near them in Rockwall.

“Physically and mentally, it feels very freeing,” Field said about skateboarding. “There’s so much room for individual expression and creativity.”

Field even built a quarter-pipe for his home during the pandemic.

On days the family is not traveling dozens of miles to get to a skatepark, Field rolls out the quarter-pipe ramp into the driveway.

Field along with the help of a few others started a group called the Rockwall Skatepark Project, and its ultimate goal is to bring a skatepark to Rockwall. The group has made its case through council meetings.

In June, a group spoke before the council during the public meeting portion of the city council meeting.

“My son found skateboarding, it’s given him a sense of identity,” said one speaker.

“They’re not troublemakers. A lot of people get stereotyped,” said another speaker.

The City of Rockwall was not available for on-camera interviews, however, did provide the following statement: “A group of skateboard enthusiasts came before the Rockwall City Council on June 21, 2021 and presented their idea of developing a skatepark in Rockwall. Funding and a location for this project are not available, and it joins a list of other park amenities identified by residents for future consideration.”

Field told WFAA that he spoke with many city councilmembers and county supervisors about the project. He is hopeful that funding and a location will finally get worked out.

Field has also been in touch with sponsors and builders to discuss possibilities for the project.

Despite a lack of movement, Field said he will continue to fight for the park.