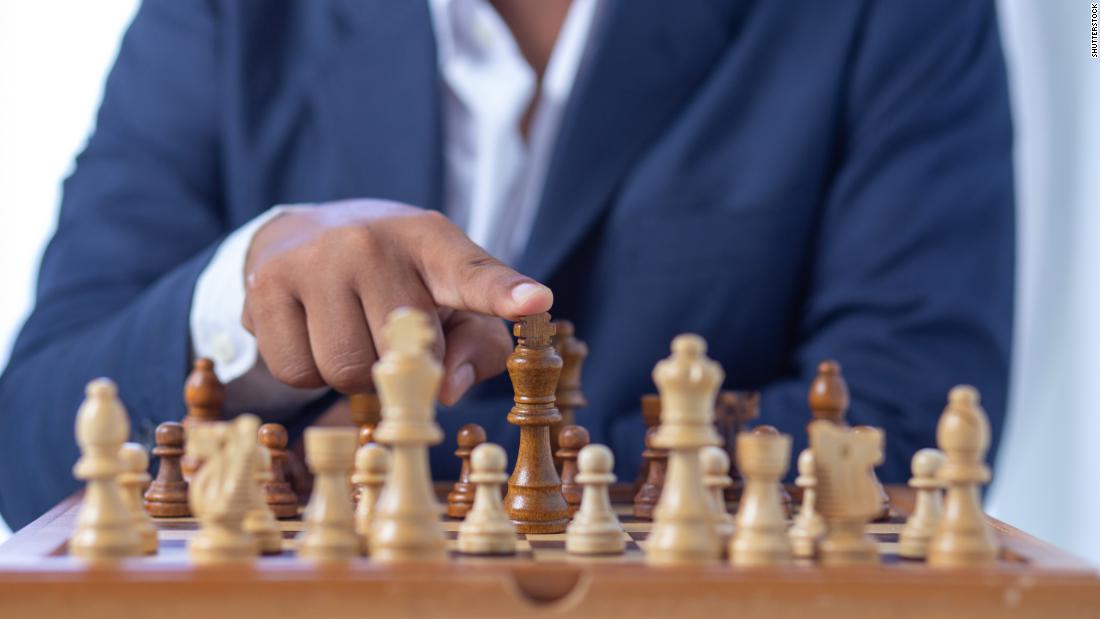 Vanderbilt had a successful writing career, a college degree and decades of real-world experience. The kid, though, had superior skills. Vanderbilt lost in a few dozen moves.

In the book, he delves into the science of learning, a project inspired by his experience as a parent.

For years, Vanderbilt had encouraged his daughter to take on all kinds of challenges. He told her that learning new things was great — even as he stuck to the relative safety of what he already knew.

“Parents are always foisting their children into new things,” he said. “We ourselves are not always following our own advice.”

When his daughter started learning chess, though, Vanderbilt finally decided to follow her lead. (That’s what landed him at a chess tournament, getting matched against — and beaten by — an 8-year-old boy.) After chess, he added juggling, drawing, surfing and singing.

His ensuing adventures were sometimes humbling: He lost endless chess matches and two wedding bands. (They slipped off while he was surfing.)

Adults willing to undergo similar trials have more to gain than juggling skills. Research into adult learning shows the effort can pay off in increased well-being, plus mental and physical health.

As the new year unfolds, Vanderbilt’s book is, above all, a call to action for a world facing ongoing lockdowns and pandemic fatigue. That’s because the greatest benefit of learning something new might be starting 2021 with a fresh pair of eyes.

Why starting out can be scary — and thrilling

If pouring yourself into brand-new skill sounds more awkward than exciting, you’re not the only one to see it that way.

In adulthood, Vanderbilt said, “you get used to a certain level of competence.” It can be hard to give that up for something new, because beginning again means embracing repeated slipups.

If you take up roller skating in adulthood, you’re likely to end up with bruises. Try out newly acquired phrases in a foreign language, and you might get some strange looks from native speakers.

“There’s this whole new world that’s open to you,” Vanderbilt said. Practicing a nascent skill can be like opening a door, he explained, one that might lead to unexpected places. “You go through that door, and suddenly there are other doors that you didn’t even know existed.”

When Vanderbilt learned to surf, for example, he picked up knowledge about oceanography and tracked incoming swells using obscure buoy readings. He bonded with fellow newbies struggling among breaking waves, and he felt empowered by each small success.

In the same way, if you try a cold-weather sport like cross-country skiing or snowshoeing, you might find yourself snapping photos of ice formations or noticing winter wildlife for the very first time. In addition to new vocabulary, learning a new-to-you language can bring surprising discoveries about culture and history.

Subscribe to CNN’s Fitness, But Better newsletter: Get back in the groove. Sign up for our newsletter series to ease into a healthy routine, backed by experts.

Pandemic-inspired learning across the globe

When the Covid-19 pandemic paused some of his in-person learning, Vanderbilt took his skill-building online. His choir practice was called off indefinitely, so he signed up for the karaoke app Smule, which allowed him to sing with strangers across the globe.

If you, like Vanderbilt, plan to pursue online learning this year, you’ll have plenty of (virtual) company.

People in the United Kingdom pursued twice as much adult learning in 2020 as they did in 2019, found one long-running survey about adult education by the United Kingdom’s Learning and Work Institute. (The researchers noted that this year’s survey, conducted by phone due to the pandemic, differs in methodology from previous years so it may not be precisely comparable.)

Still, it’s a broad phenomenon. Online learning has surged across the globe, reported the intergovernmental Organisation for Economic Co-operation and Development.

Newbies have enrolled in sessions including gourmet cooking, coding and dance. To enjoy the perks of learning, experts say you really can try just about anything.

“We see a broad range of benefits almost irrespective of what you learned,” said Fiona Aldridge, director of policy and research at the Learning and Work Institute. “The process of learning and achieving something — and being recognized for it — can build self-confidence, which enables you to go on and do many other things.”

Evidence from the UK shows inequities in access to online learning, as with so many things amid the pandemic. The people most likely to pursue adult learning are young, employed and relatively affluent, Aldridge said.

Lack of internet access is a major issue, but Aldridge also pointed to something more personal.

“We need to do quite a lot of work to make sure people understand the benefits of learning, so it’s seen as a positive choice that will make a difference,” Aldridge said.

Learning new skills is a hot topic amid an ongoing pandemic. The advantages of getting a renewed perspective, though, are timeless.

The idea of a beginner’s mindset is central to Zen Buddhism — practitioners use the Japanese term shoshin, which translates to “beginner’s mind” in English. It’s an ancient concept that hints at the very benefits Vanderbilt pointed to in his book.

“The beginner’s mind has curiosity, it has no experience, it has purity,” said Jakusho Kwong-roshi, the 85-year-old abbot of Sonoma Mountain Zen Center in California. “In Zen, that’s treasure.”

Kwong-roshi pointed to the 1970 book “Zen Mind, Beginner’s Mind” by Shunryū Suzuki, which explains that a beginner’s mind isn’t about being an actual beginner. Instead, it’s a perspective you can strive for over the course of a lifetime.

Even small, daily actions can go a long way toward refreshing your mindset and getting a new perspective on life, Kwong-roshi said. He recommended taking a few minutes twice a day to just sit quietly: first thing in the morning, and before you go to bed.

Get comfortable in a cross-legged position, on your knees or in a chair, he said. The important thing is to feel stable and upright, so you can focus on your breath, starting with the exhalation.

If it helps, Kwong-roshi said you can count slow breaths, numbering each exhalation from one to 10. (Kwong-roshi also invited would-be meditators interested in cultivating a “beginner’s mind” to join the monastery’s daily meditations by Zoom.)

Of course, a change in mindset won’t erase the terrible damage the pandemic has inflicted on communities across the globe. This is hard no matter what, especially if you’ve lost a loved one or gotten sick yourself, and the fallout will continue for years.

But studies have shown that perspective and mindset are powerful factors in how we cope with the challenges we do face. Whether you’re meditating with Zen monks or enrolling in dance classes, a new skill could be key to a badly needed mental tune-up.

And despite all the loss we’ve faced, the pandemic offers real opportunities for prospective students. The availability of online resources has vastly increased since the beginning of 2020, and many online classes provide the chance to set your own pace of learning. It’s an invitation to grow — and it’s never too late to start.

Jen Rose Smith is a writer based in Vermont. Find her work at jenrosesmith.com, or follow her on Twitter @jenrosesmithvt.