May 20, 2021May 20, 2021 Emilee GeistGraduates at Greenwich’s Brunswick School say goodbye to a year ‘we will never forget’ 0 Comment 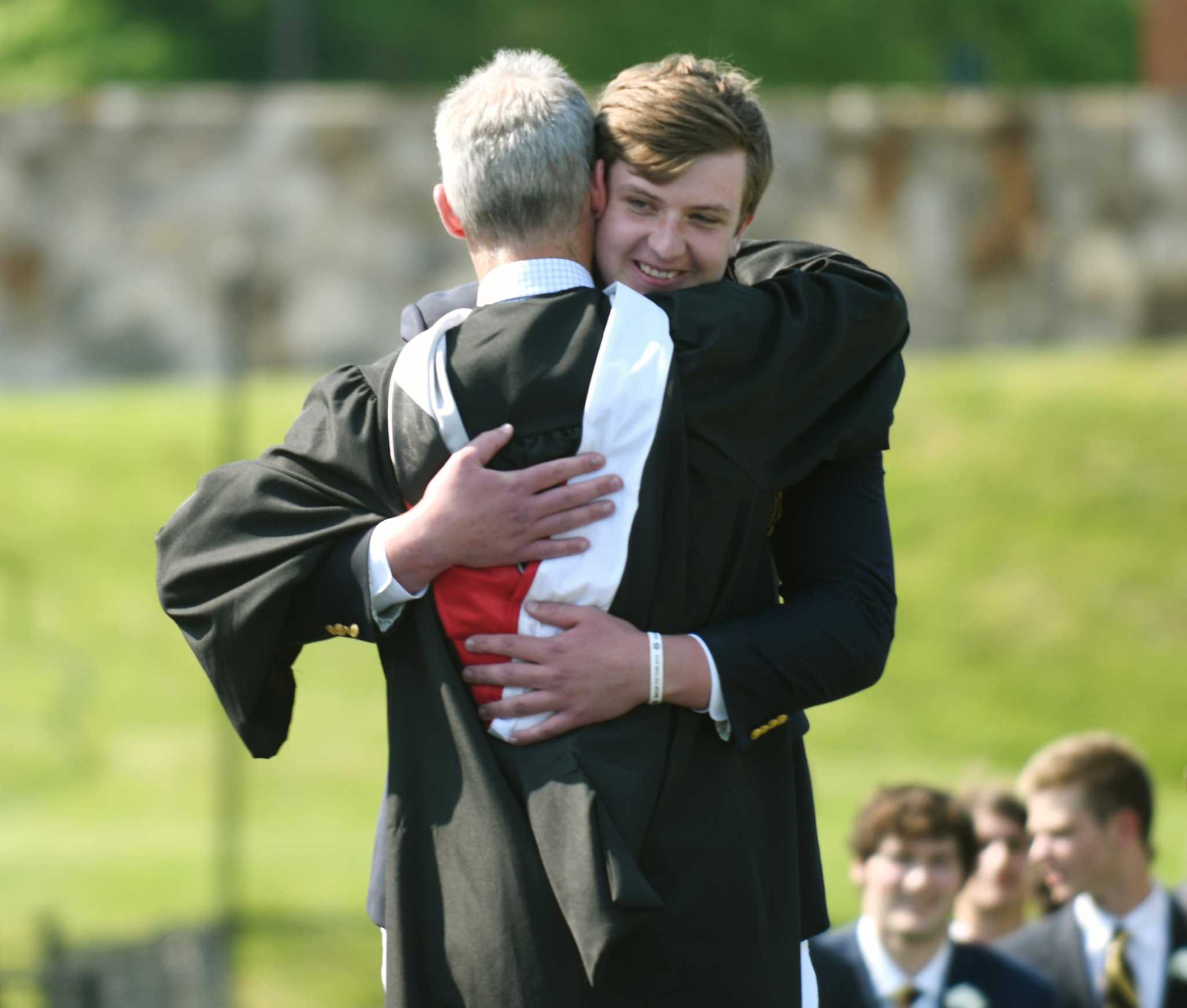 GREENWICH — Surviving — and even thriving — during a school year marred by a global pandemic is a remarkable achievement, the head of school at Brunswick told the 104 graduates at commencement exercises on Wednesday afternoon.

Thomas Philip spoke before an assembled crowd of about 1,000 people, as family and friends came out in support of the Class of 2021 at the all-boys private school. The celebration, held under sunny skies on Cosby Field at Brunswick’s King Street campus, was the first high school graduation ceremony held in town this spring.

“This is a year, and this is a class, that we will never forget,” Philip said.

“The young men we’re recognizing today represent the finest in all of us. Their enthusiasm for, and contributions to this school — their individual and collective talents and achievements — and most recently, their strength and perseverance during a most challenging and unique school year, all mark them as the very, very finest of young men,” he said.

As the nation begins to move toward a post-COVID era, Philip considered the enormity of what the students had endured during their senior year — four concurrent crises: the COVID-19 pandemic, an economic collapse, racial and civil unrest, and a breach at the U.S. Capitol.

As students dealt with the impact of the pandemic, they missed homecoming and performed in musical plays with no audience, Philip said. Nevertheless, they remained positive and versatile. In the end, the students made an unprecedented year feel normal, hopeful and inspiring, he said.

“Witnessing on a daily basis how each of you individually and collectively navigated these choppy waters, I have never, ever been more optimistic,” Philip said.

Valedictorian Ali Hindy, the elected class speaker, joined Philip on the stage. Philip said that Hindy stands out as one of the most stellar students ever at Brunswick, with a cumulative average over the past two years that is equivalent to a 101.19.

As part of a science research project, Hindy and his partner designed a bracelet that can interpret sign language, and both have successfully interpreted more than 10,000 words using their innovative design, Philip said.

“He’s even currently working on incorporating machine learning to enable that software to predict the next likely word so that the device can be even more efficient,” Philip said. “It is truly breakthrough work, let alone, coming from a senior in high school.”

Hindy told his classmates that when he sat down to write his remarks, he watched every Ivy Speaker’s speech from the last seven years at Brunswick. While all seven described the “craziness” that students had endured during their senior years, Hindy said there was no mention of the serious moments that students experienced.

If the Class of 2021 could make it through the challenges of this past pandemic year, he said, they can accomplish anything.

The commencement speaker’s address was also symbolic of the virtual world embraced during the COVID-19 crisis as Gov. Ned Lamont prerecorded his remarks.

The governor focused on what he learned about himself and about the state of Connecticut during the COVID-19 pandemic and how it might relate to students’ experiences of learning during this unprecedented time.

He encouraged the graduates to make the best of every moment, while taking risks, and not to focus on the mistakes they may make along the way.

“You deserve a great summer. You deserve a wonderful future, but make sure that you don’t leave with any regrets,” said Lamont, who also said he wished he could have attended in person. But he was with President Joe Biden at the Coast Guard Academy in New London, which held its graduation ceremony on Wednesday as well.