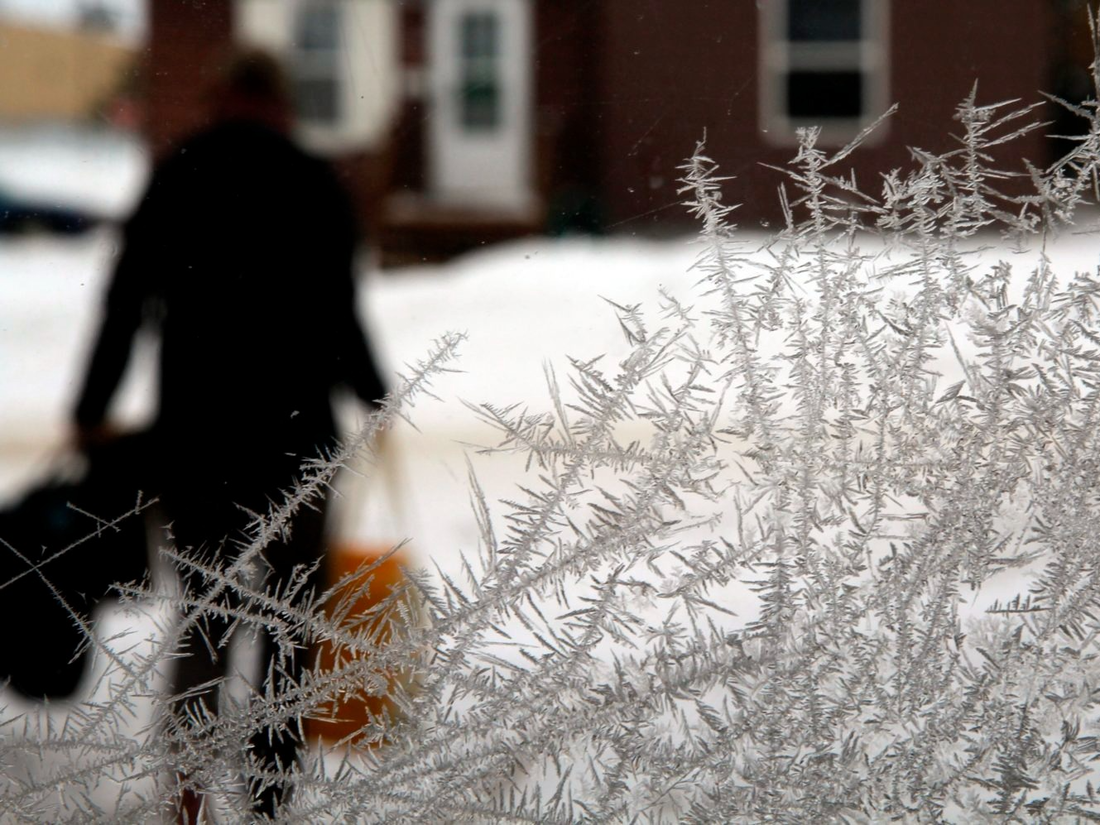 “Cuffing season” refers to the time of year when some singles decide to couple up before the first frost. The pandemic means it looks very different this year.

The advent of autumn has led Brandon Bayton to feel increased urgency about finding a romantic partner — and he says he’s not the only one.

“We want to carve up pumpkins with someone, or we want to cuddle in the backyard in the fall air with our sweaters,” Bayton says. “I can still do those things, but I have to develop a level of trust before that happens.”

Bayton, a 45-year-old project manager, received a kidney transplant last year, and he takes medication that suppresses his immune system. Even before the pandemic, he took precautions like avoiding large crowds to protect his health. But the spread of the coronavirus in the D.C. region has further limited his activities, which has, in turn, made dating far trickier.

Like many of his friends, when the stay-at-home orders kicked in this spring, Bayton turned to dating apps to see if there were any men who caught his eye. But even success on the apps leads to touch-and-go situations … minus the touching.

“Inevitably, there comes a point where you both want to meet,” Bayton says. “And I’m in that particular position of going like, ‘wow, I really can’t meet you. And not only can I not meet you at this particular time, the concept of being intimate on any level is also like, well, I really have to get to know you a little bit better before anything happens.'”

All of the Instagram-ready couple activities aren’t the only reason why dating takes on additional weight in fall — it’s also traditionally the start of “cuffing season,” the time when singles allegedly look to pair up so they’ve got a warm body next to them during the cold months and the holiday season. (There’s also an implication that people lower their standards to ensure they’ve got a beau before the temperature drop.) The phrase recently inspired a “Cuffing Season Menu” from a corporate mash-up of Chipotle, Uber Eats, and Hinge, which, you guessed it, offers enough food for two.

This year, cuffing season takes on a new dimension because lower-risk options for early in-person dates basically all involve being outside, something that gets tougher as colder weather sets in. Additionally, health experts worry that winter will bring a large surge in coronavirus cases, potentially necessitating further lockdowns and closures. This week, the spread of the virus in the region has reached levels unseen since the late spring. And in the middle of all that, locals are navigating an entirely different dating landscape, fraught with new pressures and limitations.

For some of them, the time pressure is ratcheting up with each passing day. Michelle Jacoby, the founder of D.C. Matchmaking, says that business is booming right now, which differs from the seasonal patterns she’s seen in previous years.

“The fall has never been the busiest season as a matchmaker in terms of people hiring me,” says Jacoby. “But right now it is. It’s definitely a thing because people have been home alone for months and we’re going into the colder weather — dating’s going to get complicated.” By October, she had a waiting list because she says she’s been “bombarded” with potential clients.

But cuffing season doesn’t hold the same appeal for everyone, says Laura Stassi, the host of the podcast Dating While Gray (WAMU, which owns DCist, distributed the first season). She notes that it can be more complicated for seniors, especially those with children.

“How much time do I have to meet someone and feel comfortable enough introducing them to my grown kids and also involving them in my holiday experience, whatever that is?” she asks. (Health experts are warning people to avoid large gatherings this holiday season to prevent the spread of COVID-19.)

Still, COVID hasn’t stopped people from looking for love. Jacoby says that at first, she worried about the impact of the pandemic on her business. And indeed, in March and April, clients put dating on hold. All of that changed, aside from a few clients, with the growing popularity of the virtual date.

Pre-pandemic, Jacoby was no advocate of meeting for a video date: “I always thought people should meet in person because, of course, it’s so personal.” But she’s changed her tune.

Sam, a 30-year-old who lives in Northeast D.C. and asked that DCist only print her first name so she could candidly discuss her sex life, says that it’s hard to strike a romantic tone with Zoom dates. “Especially with the Zoom dates I had early on, we feel like we’re friends right now — we can’t really flirt,” she says.

There’s also the issue of what to talk about. Since she’s been laid off in May, she wants to avoid the “what do you do?” question. Even questions like “how are you?” feel heavy.

“Everyone is pretty down these days,” she says. “I’m like, ‘when was your last panic attack? Mine was Thursday.’ What are we going to talk about? The world is descending into chaos … Every dude is like, ‘How is your weekend shaking out?’ We’re all doing nothing.”

Dating during the pandemic means that questions like “Who else are you seeing?” take on a new resonance, too. Meeting potential partners has always been a negotiation of boundaries and values, but now, trusting a near-stranger carries substantial new risks. Because coronavirus spreads through respiratory droplets, coming into close contact with another person could lead to exposure.

Asking ” ‘Do you care about this?’ [and] ‘Are you okay waiting three weeks to kiss me?’ are weird to bring up on the first date when you’re like, ‘I don’t even know if I like you but are you okay with only seeing me?’ ” says Sam. “At least with safe sex, there’s a tool you can use that acts as a barrier, like a condom. With COVID, if we start dating, I’m putting my face on your face.” 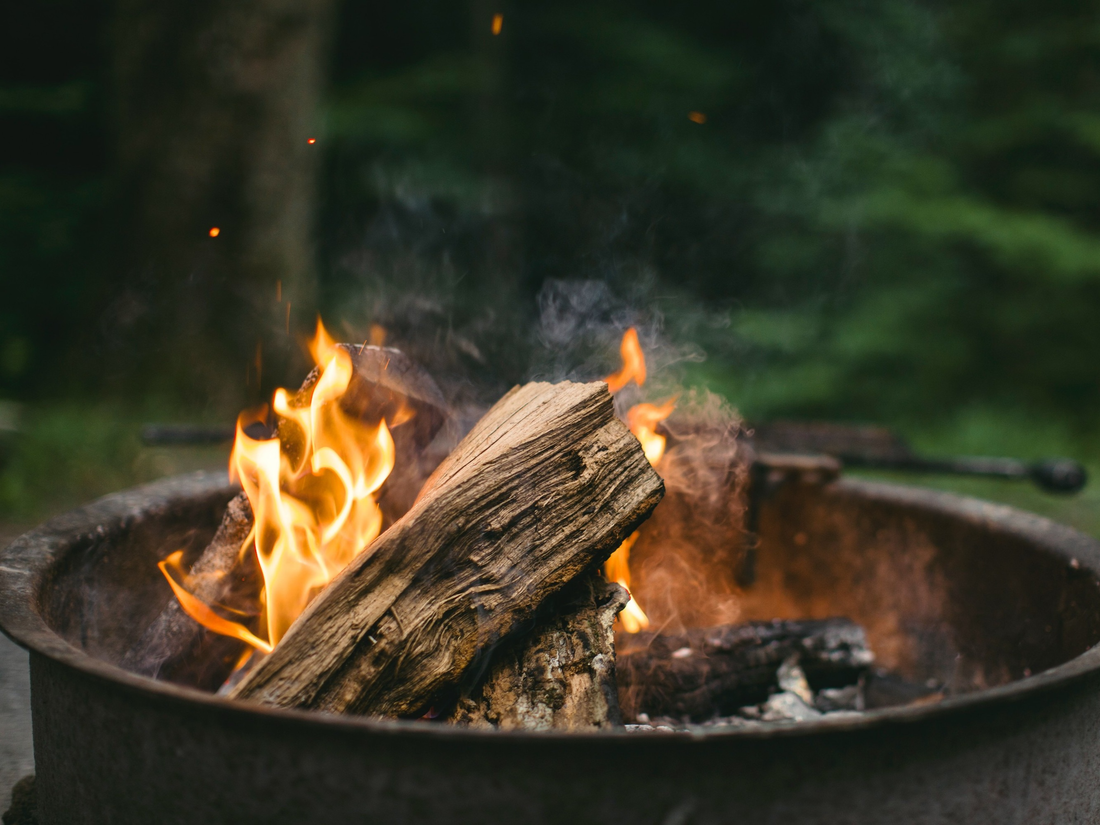 For winter, daters are thinking about ways to safely meet in person — like if someone has an outdoor space with a fire pit — to see if sparks fly.

Stassi, of Dating While Gray,says that the pandemic necessitates that responsible daters take their time in getting to know one another, so they can hash out how careful the other person is actually being about staying safe. Even though she’s a fan of “slow-dating,” she worries that time is of the essence for older people.

“There’s that thought that we don’t have a lot of time left and it would be really lovely to spend time with a romantic partner,” says Stassi. “And we’re being robbed of that opportunity in many ways.”

A survey from online dating service Match indicates that a majority of singles in America who use apps are prioritizing a relationship over a fling and changing which qualities they’re seeking in a romantic interest.

That’s how Terence Viernes, a 33-year-old divorcé in Penn Quarter, feels. “The joke is that [cuffing season] is a temporary arrangement, but I’m always optimistic that, even if I pair up with someone during this season, I’d still like it to be meaningful, worthwhile, a relationship to build upon, not just, ‘I need a warm body this winter,’ ” he says.

Jacoby has seen that attitude among her clients, as well. “I think people are really ready to find their partner,” she says.

That creates some complications for Ashley, a D.C. resident in her late-twenties who isn’t looking for anything serious right now. She broke up with a longterm boyfriend at the start of the pandemic — the coronavirus wasn’t the sole reason for the breakup, but it “amplified our differences and forced us to acknowledge … that our value systems and belief systems are completely different,” she says. (She asked DCist only use her first name to speak honestly about her dating life.)

“A lot more people are ready for relationships, which is different for me because I’ve been upfront about saying I’m not ready,” says Ashley. “I want to casually date but in a safe and transparent way. I was turned down by a couple of guys because they wanted a serious relationship. “

There are no hard feelings, though. She says she’s glad that people are being transparent about what they want from the outset.

When she matches with someone on the same page about pandemic safety practices, she has been going on one or two FaceTime dates. If those go well and the other person has been tested for COVID, moves to an in-person date. She’s had a handful of those, all of them at least 10 days apart. There’s been one person who, after a park date and some outdoor walks, “we both felt comfortable enough to spend some time at one of our apartments,” she says.

But she sees her dating either slowing down or stopping altogether when the weather gets too cold. “I don’t see how I’m going to be able to maintain my risk mitigation with winter,” she says. “It’s all personal preference — we’re all constantly evaluating and reevaluating what we feel comfortable with. There are no right or wrong choices, but if you’re lying or not wearing a mask, that’s a wrong choice.”

Michele, a 34-year-old who works for a trade association in D.C., does some online detective work before she agrees to go on an in-person date. She has Multiple sclerosis, which doesn’t make her more susceptible to getting sick, but does make it more likely she could have a flare-up if she catches COVID-19. (DCist is identifying her by her middle name so she can keep details about her health private.)

“Zoom dates, FaceTime dates are the way to go first, just to make sure there’s a connection and to make sure he’s not a serial killer, or worse, that he’s married. The latter is more frequent,” says Michele. “After that, I vet them to make sure they’re not licking Metro poles or raving or doing irresponsible stuff, I say, ‘let’s meet in person.’ “

She lives close to a park, and so the first in-person date she prefers is going there with both parties in a mask.

“If there’s a second date, then it means we’ll go to someone’s house — that’s happened four times,” she says. “I know that it’s very risky for me having an autoimmune disease having sex during a pandemic. At the same time, I weighed everything and I took every precaution I could.”

Still, with the confluence of a COVID surge and flu season approaching, she’s likely to take a break from dating this winter “unless I find someone great, but I’m not getting my hopes up.”