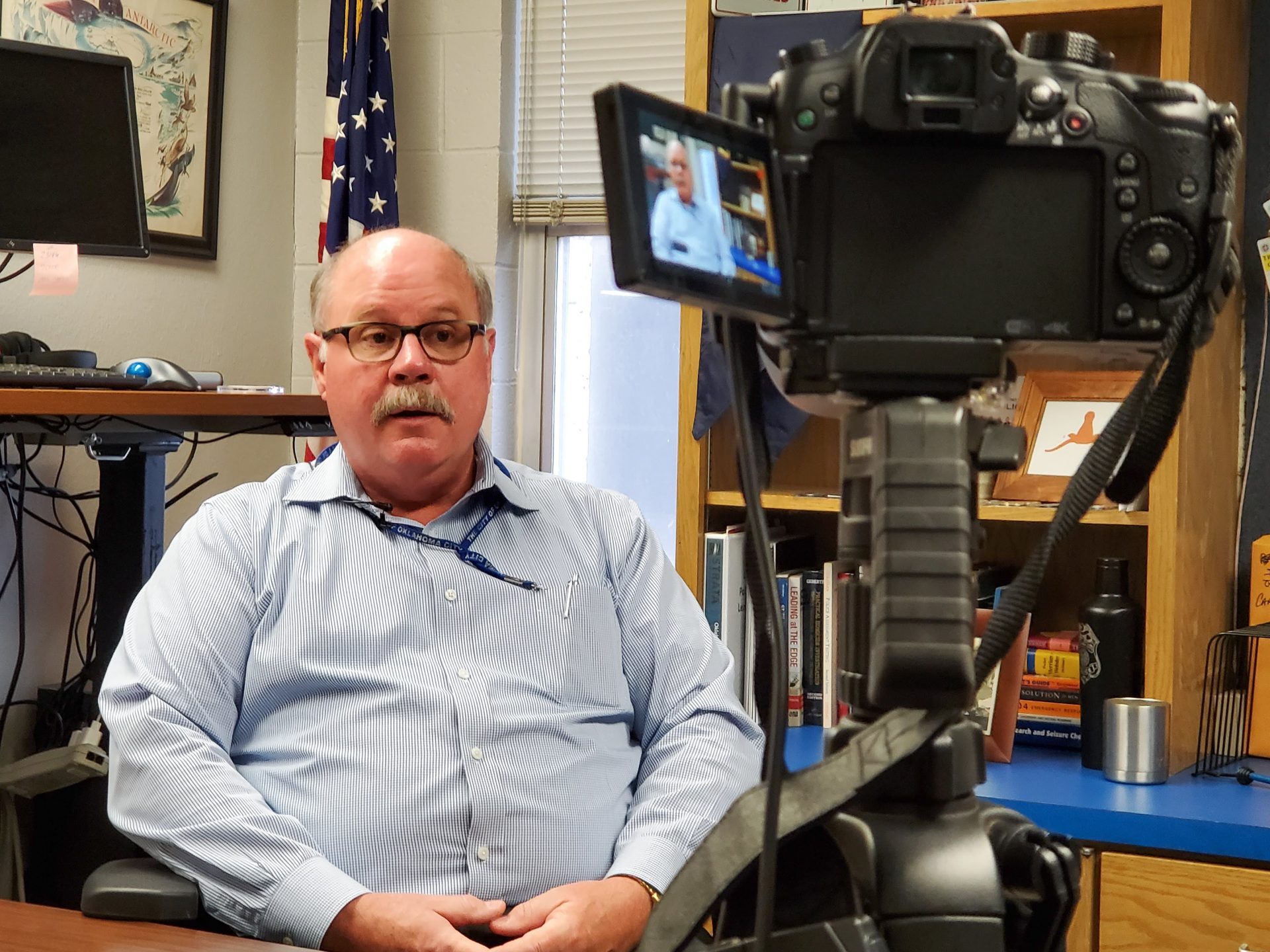 Mental health emergencies are best handled by mental health professionals, says the Oklahoma City police captain charged with training officers for the calls they must make under state law.

But until the law changes, police and the state agency charged with providing mental health care are finding ways to minimize officer involvement.

Oklahoma City police are relying on a new tool that brings licensed mental health counselors into the process. Officers are using tablets that can connect those suffering with professionals trained to help with mental illness.

The program, launched in partnership with the Oklahoma Department of Mental Health and Substance Abuse Services, began early this year. It was postponed when both agencies began reducing staff to minimize risk during the COVID-19 pandemic.

In nearly half of mental health calls, people are not in immediate danger. That’s when the telemedicine program works best, said Oklahoma City police Capt. Jeffery Pierce, head of the department’s crisis intervention team. In those cases officers use the tablets to host a virtual conversation between the person in crisis and a licensed mental health professional. 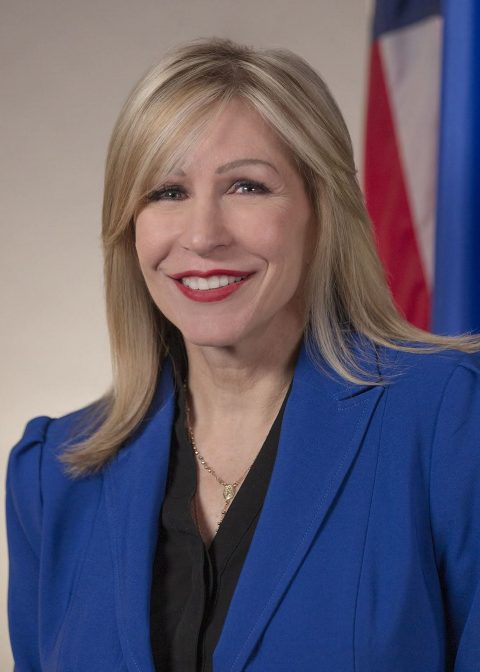 Carrie Slatton-Hodges said she would like every person who needs care to be served but there aren’t enough resources.

The treatment provider can provide immediate counsel, make arrangements to meet in person or advise police if a hospital transport is needed. This puts the trained, healthcare providers in control instead of leaving police who have little mental health training to decide the best course of action.

Carrie Slatton-Hodges, the commissioner for the state’s department of mental health, said the tablet program seeks to reduce contact between police and vulnerable Oklahomans and potentially violent interactions.

Virtual programs have been widely used in other states and recently began catching on in Oklahoma.

Grand Lake Mental Health Center donated iPads to the Claremore Police Department in 2016 in an effort to reduce the number of patients who needed crisis care.

“We use them daily,” Burnett said. “Probably on average, three to five, maybe up to 10 times a day.”

Before Claremore police were given the tablets, it was up to officers to evaluate complex behavioral health situations.

State law requires police academies to provide prospective officers at least 600 hours of training. A minimum of 4 hours must focus on “recognizing and managing” people who may “require mental health treatment or services.”

Each year police are also required to take 2 hours of additional mental health training. Burnett said many of Claremore’s officers receive more than that.

Now, mental health professionals are available at the push of a button.

Claremore is inside a 12-county area in northeast Oklahoma served by the Grand Lake Mental Health Center, which receives state funding. Chief Operating Officer Josh Cantwell said they donated iPads to every police agency inside the network.

Five years ago, 1,115 people were involuntarily admitted to the center for care. Most were brought there by police.

“So that means their civil liberties were taken away and they were placed in an inpatient facility,” Cantwell said.

After the virtual programs were adopted, the number of people involuntarily committed by police plummeted. In 2019, there was only one.

Forced hospitalizations should be the last resort, Cantwell said. It is an intense level of care and very hard on patients. Grand Lake opened four outpatient centers that focus on early intervention, allowing patients to stay at home with their families and continue working while getting the treatment they need.

The virtual programs still require officers to be on the scene. But an effort coming to Oklahoma City could divert calls from ever reaching police.

The city’s emergency dispatch team will soon include counselors, trained and funded by the state’s mental health department. Non-emergent calls will be routed to a licensed professional who will try to provide help and de-escalate the situation over the phone. If counselors are unable to resolve the situation, police will be dispatched.

By June 2021, every shift will include a mental health counselor. But it’s not enough to divert all of the department’s mental health calls, leaving the rest to police.

Last month, Tulsa police launched a similar program when it added a mental health crisis expert to its dispatch team.

Earlier this year, another attempt at reducing interactions between people in crisis and law enforcement statewide was derailed.

Current law requires police to transport those in mental distress to a hospital or crisis center for treatment. But a state Senate bill provides another option.

Police would still respond to the calls. But Senate Bill 1606 would allow a transportation company, vetted and paid for by the state’s mental health department, to take over some hospital transports. The goal is to shorten the time officers spend with people in crisis and reduce strain on police resources.

A shortage of beds for patients who cannot afford private treatment or are uninsured means the nearest treatment center can be hours away. Slatton-Hodges said the drain is even more challenging for small, rural departments that are already low on resources. 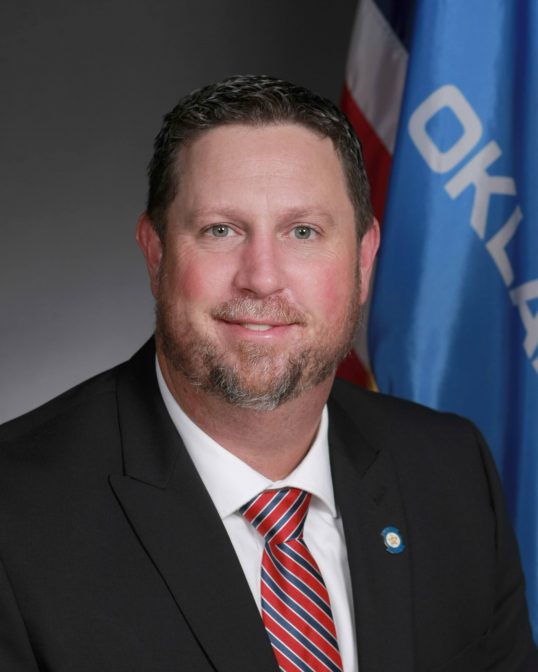 The COVID-19 pandemic stalled that bill and many others. One of the bill’s sponsors, Sen. David Bullard, R-Durant, said he plans to refile the legislation next session. A lower cost estimate for the program is about $2 million.

At the end of a legislative study on mental health transports earlier this year, Bullard asked how many people thought police should continue answering these calls. Most of the people attending were in law enforcement. No one raised their hand.

With the state law unchanged, police can still adapt to improve unavoidable encounters with people in crisis.

In Texas, San Antonio’s police department has become a national model for crisis intervention. Specially trained officers wear plain clothes or polos donning the department’s emblem. They drive cars that are unmarked or have smaller markings. And their firearms and handcuffs are concealed rather than dangling from their hip.

The department has a team of full-time police responding to crises, which means individuals who have repeat encounters become familiar with the officers answering these calls.

These efforts are designed to make officers less intimidating.

The presence of armed officers and police cruisers can escalate an already tense situation and adds to the stigma that people with a mental illness are violent criminals, said Summer King, Chief Operating Officer at Hope Community Services, Inc. in Oklahoma City.

Capt. Pierce is Oklahoma City’s only full-time, mental health officer. The rest of his team works various patrol shifts and takes crisis calls when they’re available. That limits their ability to alter their uniforms or vehicles.

“Our uniform practices are controlled by the Chief and the City of OKC and are based on liability concerning clear identification,” Pierce said.

Federal legislation passed earlier this year designated 988 as a national suicide prevention and mental health crisis number. The line will offer emotional support giving some people with mental illness and their families an alternative to 911.

Police will continue to respond to mental health calls that demand in-person assistance. States have until 2022 to add the line, but Slatton-Hodges is pushing for Oklahoma to be one of the first.

Mobile youth crisis units are stationed around the state and make house calls when someone age 24 or younger is in distress. The teams of mental health professionals are trained to assist with situations involving children and young adults.

Slatton-Hodges said mobile crisis units need to be expanded for all ages, statewide, but that would require a significant financial investment from the state.

Oklahoma City plans to put $40 million toward two new crisis centers, a substance abuse recovery center and temporary housing for people transitioning out of crisis as part of the latest iteration of improvements funded by a voter approved penny tax. The MAPS 4 package was passed by residents in December.

Slatton-Hodges said the plan is “another necessary step” in addressing Oklahoma’s mental health needs. But it won’t eliminate the role police play in the current healthcare system.