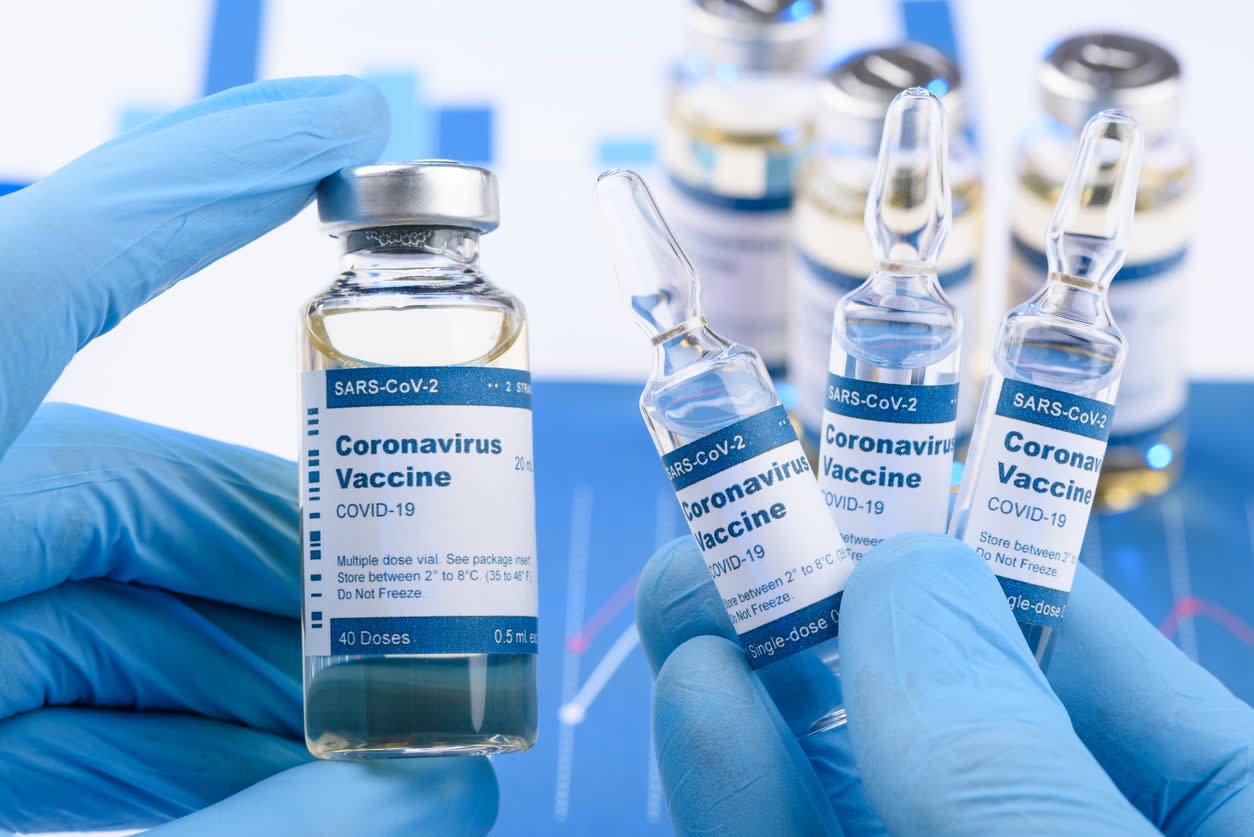 Millions are dying from Covid-19. It is abhorrent that pharmaceutical companies seem to be competing with each other to produce vaccines in order to be first and make fortunes for their directors and shareholders out of this crisis, while governments fight over who receives the vaccine.

Governments should be collaborating with each other and the pharmaceuticals to ensure that a viable vaccine can be produced and made available to every nation at a fair and low price, which of course covers the costs of research, production and distribution.

This is not a business but a world emergency, which is having incalculable consequences for every nation and its population.

Is Boris Johnson, who forgave Priti Patel for her violation of the ministerial code, the same person who will soon be telling us what we can and can’t do at Christmas?

There are over a million people classed by the Department of Health as extremely vulnerable to very serious illness or death from Covid-19. The list includes a wide age range of those with serious underlying health conditions. If the virus is contracted by these people, hospital admission is highly likely, and intensive care and ventilation a possibility. However, this group of people does not appear to be classed as a priority [for a vaccine].

I totally agree that NHS staff and care homes should be first to receive the vaccine. However, it does not seem sensible to then just allocate vaccines by age groups. The extremely vulnerable have been shielding, and in isolation, for most of the year. They need to feel that some degree of freedom is close. Also, any way to reduce the pressure for intensive hospital care will help the NHS cope with one of the busiest times of the year.

I see that Jacob Rees-Moggwash has described Boris Johnson as “the most freedom-loving prime minister that we could have. For at least 100 years, there has been no other prime minister who is more freedom-loving.” Well, that certainly appears to be true: Johnson has ably demonstrated that he is entirely free of guilt, responsibility, honour, remorse, his wedding vows (twice), his parental responsibilities (countless times) and, indeed, free of the constraints of truth itself.

Sad to say that he doesn’t appear to be free from obligation to the people who put him into the position he now holds (I’m thinking here of the European “Research” Group), nor to those party donors and other close contacts to whom he owes lucrative favours.

Boris Johnson’s decision to support Priti Patel after an independent report found that she bullied and harassed her staff makes me feel sick and deeply sad. His reason for supporting her is that she was unaware of the impact she had”. Does he also believe it is OK to be sexist, racist or homophobic if one is “unaware” of the behaviour?

And to make this announcement during anti-bullying week is truly beyond belief. The British government should be a positive role model and show high standards of behaviour. The behaviour of our current government is teaching our children that lying and other forms of damaging behaviour are acceptable and the way to be successful.

I was appalled that, at the same time the prime minister announced a £16.5bn boost to defence spending, it is being suggested that the chancellor is likely to impose a pay freeze on public sector workers. NHS workers are likely to be excluded, which I applaud, but many other workers have not have had a pay rise for several years.

Our three daughters are all teachers and they have been working extra hard since the start of the first lockdown. During the first lockdown, they had to develop and deliver online learning resources, plus attend their workplaces to look after the children of key workers. In this second lockdown, they are having to both go into work and deliver online learning to year groups who are self-isolating due to positive Covid-19 results. In one case, teachers were having to pack food parcels using food donated by a supermarket to sustain students whose families were not able to afford basics. Generally, their senior managers are ensuring that safe working practices are adhered to but in one case the teachers are not being listened to when blatantly dangerous mixing and other questionable breaches in safe protocols are being ignored.

I hope that Boris Johnson and Rishi Sunak will reconsider these deeply divisive divisions and avoid throwing money at questionable and ill-thought-through defence projects and ensure that public sector workers in all sectors are given the salary increases that they so richly deserve.

Reading the latest disgraceful actions and words from Downing St over the Priti Patel bullying scandal made me think the unthinkable: wasn’t it great when Theresa May was home secretary!?

What does emergency use for a COVID-19 vaccine mean?

Before spending on defence, we should reconsider our global standing