Auburn Hills — Police are investigating after an explosion heavily damaged a house Monday afternoon and left one person injured in the hospital.

Officials say they suspect narcotics may have been involved in the explosion that ripped through the front of the single-story home on Shimmons Road. 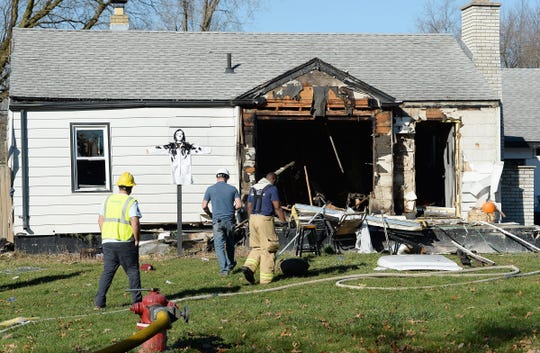 Around 12:05 p.m. the Auburn Hills fire department received a call that a turkey fryer had caught on fire. When firefighters got to the house, there was a strong smell of marijuana, an Auburn Hills Police lieutenant said.

“There’s some thought that this might have been caused by some narcotics that were being grown here but at this point it’s still unknown,” said Lt. Scott McGraw. “We don’t know exactly what’s in that house until we can either make the house stable enough for us to search it or if it’s going to be torn down then we’ll have to do our search then.”

McGraw said there were three occupants in the house at the time of the explosion. Two are in good physical condition while one 29-year-old man was taken to Detroit Receiving Hospital with burns.

The degree of burns and condition of the man are not yet known, McGraw said.

By 1 p.m., the fire was extinguished and Consumers Energy was on the scene to check for gas leaks.

“(The house) will probably be demolished. It’s unsafe. We’re going to rope it off and tape it off to make sure that nobody goes inside,” McGraw said.

John Krupinsky, 44, of Auburn Hills, talks about the occupants of the house and their activities. (Photo: Clarence Tabb Jr., The Detroit News)

A neighbor said he heard “a loud boom” but wasn’t sure where the sound came from. It wasn’t until John Krupinsky heard helicopters flying around that he came out and saw the house across the street from him engulfed in flames.

“I thought they were emptying the Dumpster behind us, it had that big, loud kaboom … but they don’t empty dumpsters today,” said Krupinsky, 44. 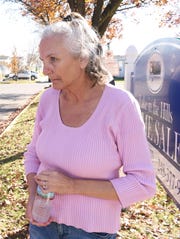 Marie Ballor, 61, of Auburn Hills, a neighbor, talks about the moment she heard the house explosion. (Photo: Clarence Tabb Jr., The Detroit News)

Marie Ballor said she didn’t hear the explosion but she felt it.

“I have wine glasses on the rack and the glasses were shaking,” the 61-year-old neighbor said.

Neighbors also said the owners of the house had a Great Dane but the dog was not seen after the explosion. McGraw said they were not aware of a dog at the house.